Whether you’re facing harassment, spam from bots or just general unpleasant interaction from another Twitter user, blocking them can put a stop to it. But if you block someone on Twitter, will they know that you blocked them?

You can block absolutely any user on Twitter by navigating to their profile (on the web or on the official Twitter mobile app) and clicking the gear icon located beside the Follow/Following button.

A dropdown menu will appear with an option labeled Block @username.

Blocking a user prevents that user from being able to follow you from their blocked account. If the blocked user tries to follow you, they won’t be able to do it, and Twitter will display a message that says “You have been blocked from following this account at the request of the user.”

Twitter does not send out notifications to users that have been blocked by other users. The only way a user can tell for sure that they’ve been blocked is by visiting the profile of the user that blocked them and seeing the Twitter block message.

If you have a lot of blocked users, Twitter has some advanced blocking options that you an take advantage of to keep track of everything.

Is There a Way to Prevent Someone from Finding Out You’ve Blocked Them?

When your Twitter account is private, anyone who tries to follow you must be approved by you first. If you simply don’t approve their follow request, you won’t have to block them, and they won’t be able to see any of your tweets either as an added bonus.

Muting is just what it sounds like. This handy feature essentially allows you to temporarily (or perhaps permanently) filter out all the noise they’re making in your main feed or @replies without having to actually unfollow or block them.

To do this, just click or tap the gear icon on the profile and select Mute @username. The muted user will still be able to follow you, see your tweets, and even @reply to you, but you won’t see any of their tweets in your feed (if you follow them) or any of their @mentions in your notifications. Just bear in mind that muting has no effect on directing messaging.

If a muted account decides to message you, it will still show up in your DMs.

Remember that the social web is a very open place, so making sure you never share private information online coupled with managing your privacy settings is important if you don’t want to be as open as the social web encourages you to be. If you believe that a blocked user may also be considered a spammer, you can report the account to Twitter so that it may be considered for suspension.

You can also block users in bulk

Twitter is once again stepping up its efforts to help users facing harassment on its social network.

The company just added new tools that make it easier for people to block several people at once. With the update, users are now able to share lists of accounts they have blocked and make them available to other users.

In a blog post Wednesday, Twitter User Safety Engineer Xiaoyun Zhang said that the latest update was an expansion of the platform’s existing mute and block tools.

“While many users find them useful, we also recognize that some users — those who experience high volumes of unwanted interactions on Twitter — need more sophisticated tools,” Zhang wrote. “We also hope these advanced blocking tools will prove useful to the developer community to further improve users’ experience.”

The feature will be particularly useful for groups that are often targeted by the same individuals. Now, rather than each user manually blocking each account, one person can share a list of accounts and others can block the entire list with just one step.

You can share a list of accounts you have blocked, from the “blocked accounts” tab in Twitter’s main settings menu from twitter.com. From there, select “advanced” options and “export your list.” This creates a .csv file that you can share with others. Similarly, users can upload a list that’s been shared with them from the “import a list” option in the same menu.

The feature will be rolling out to some users beginning Wednesday and Twitter says it should be available to everyone “in the coming weeks.”

Wednesday’s update comes as Twitter has ramped up its efforts to respond to criticism that it doesn’t do enough to help users deal with harassment on its platform, an area that CEO Dick Costolo has also acknowledged the company desperately needs to improve.

Contact form 7 plugin redirected to a URL after submission 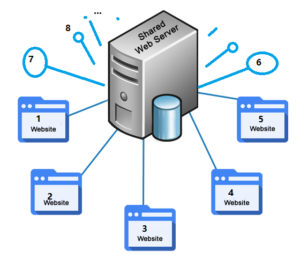 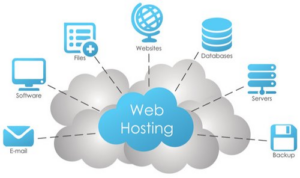 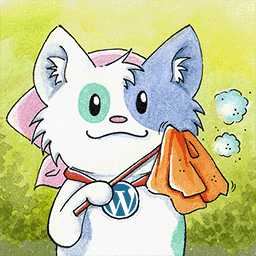 How to delete a Picture or clean up your WordPress media ? 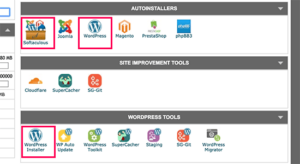 What is the advantages and disadvantages of cPanel hosting ?